Hushe is a town in the Baltistan region, in northern Pakistan, standing at an altitude of over 3,000 metres at the entrance to the Baltoro glacier. It is the last village in the valley formed by the river Hushe. This valley belongs to the region of Baltistan, which in turn forms part of the Northern Areas of the Islamic Republic of Pakistan, bordering on India and China.

The town is reached along a very rough road which is often cut off to traffic. Hushe has a population of 779 inhabitants with a life expectancy of 53 years, 45% of whom are under 15 years of age and who subsist under precarious living conditions. The town’s mud houses have been built along the main street, which is intersected by narrow lanes. These small and fragile wood and mud dwellings are almost completely lacking in windows. They have no ventilation, running water or chimneys, which leads to an accumulation of smoke and dust causing problems of the eyes and respiratory system as well as numerous infections. Large families with 7 or 8 children in addition to grandparents live here in very small spaces.

The means of subsistence in Hushe are mainly farming, a little livestock breeding and the work of the men as porters. Agricultural production is limited to wheat, potatoes and peas, but the output is insufficient. The latitude of the cultivated areas and the long harsh winter, with temperatures dropping below -20ºC, make agricultural development difficult.

During the summer, which is the season of treks and expeditions, about 80 men work as porters, carrying 25 kilogrammes or more at altitudes of between 3,000 and 5,000 metres for eight hours a day.

The Hushe project arose from an idea of Sebastián Álvaro, who had been acquainted with Hushe for some time and who proposed to the  Sarabastall Foundation (Caspe, Zaragoza Province, Spain) and to Little Karim, the most renowned sherpa in the whole region and a legendary figure in the mountain world, the idea of starting up a development project in the village. The plan was designed in conjunction with the local committee (the equivalent of a town council), the members of which requested that absolute priority should be given to education. 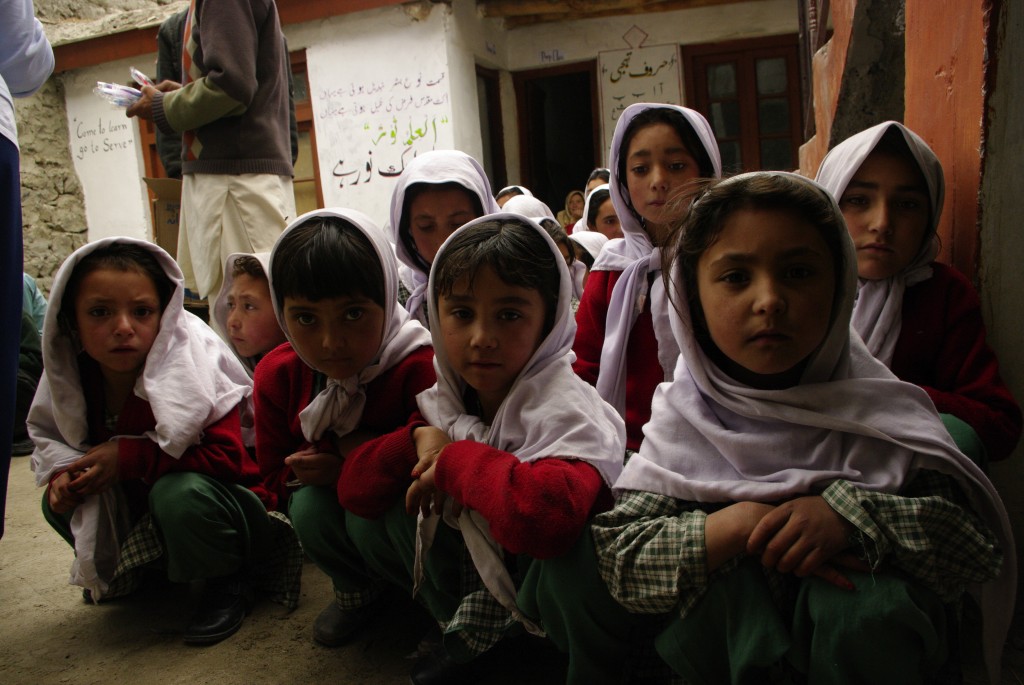 The whole project was carried out in a period of 5 years and included the development of 4 spheres of action: education, hygiene and health care, agriculture and reforestation, and the construction of a shelter for climbers and trekkers. The town is in charge of managing the shelter, which provides an additional income for the maintenance of the project, above all in the field of education. The overall cost of the project was 42,000€ over a 5-year period.

MHF defrayed the expenses for the improvement of education, contributing 15,000€ in the space of 2 years.
When the programme began in August of 2002, 48% of Hushe’s population was under 15 years old. 50% of these young people had never been to school and the other 50% were receiving a deficient education.

The results achieved up to now with our project clearly strengthen our belief in all its different aspects.

To improve the control of this programme and to verify its progress, a report has been prepared with the number of boys and girls enrolled in the school, recording attendance every day.