Bhutan’s first private school of arts and crafts to offer the country’s most disadvantaged boys and girls the opportunity to receive an education in this field.

With Tibet to the north and India to the south, Bhutan is a tiny kingdom situated in the Himalaya region amidst some of the world’s tallest mountains.

An ancient form of Buddhism took root in this country, giving it a special mystical art that revealed  a cosmos reflecting certain Hindu concepts, with demons and deities transformed by witchcraft and ancestral beliefs. Today, Bhutan presents a unique imaginative art which has endured without change over the course of the centuries.

Until not long ago, this artistic legacy was passed down from one generation to the next, but modern technology and other external influences have begun to threaten the country’s ancient traditions. Young people no longer learn their parents’ crafts. Painters and engravers, however, are under great demand since not only do public buildings require traditional ornamentation but there is also a need for the restoration of the religious murals and iconography of monasteries, temples, fortresses and other Bhutanese structures.

The Choki Traditional Art School (CTAS) was established in April 1999 in commemoration of the silver anniversary of His Highness the King of Bhutan. The school was a private initiative conceived to provide support for the country’s most disadvantaged youth and to help the Government to achieve its goals of preserving the country’s culture and tradition and of offering job opportunities to young people. Today, the school is run by the seven members of the Choki family and by a staff of eight teachers. Until 2002, the school was financed by the Choki family through a shop where the school sells some of the student’s works. In 2003, the third-year students won a public tender to paint and decorate a new governmental building in Bumthangm. By the end of 2005, the students of CTAS had painted a total of 13 buildings, three of which were commissions awarded by public tender. 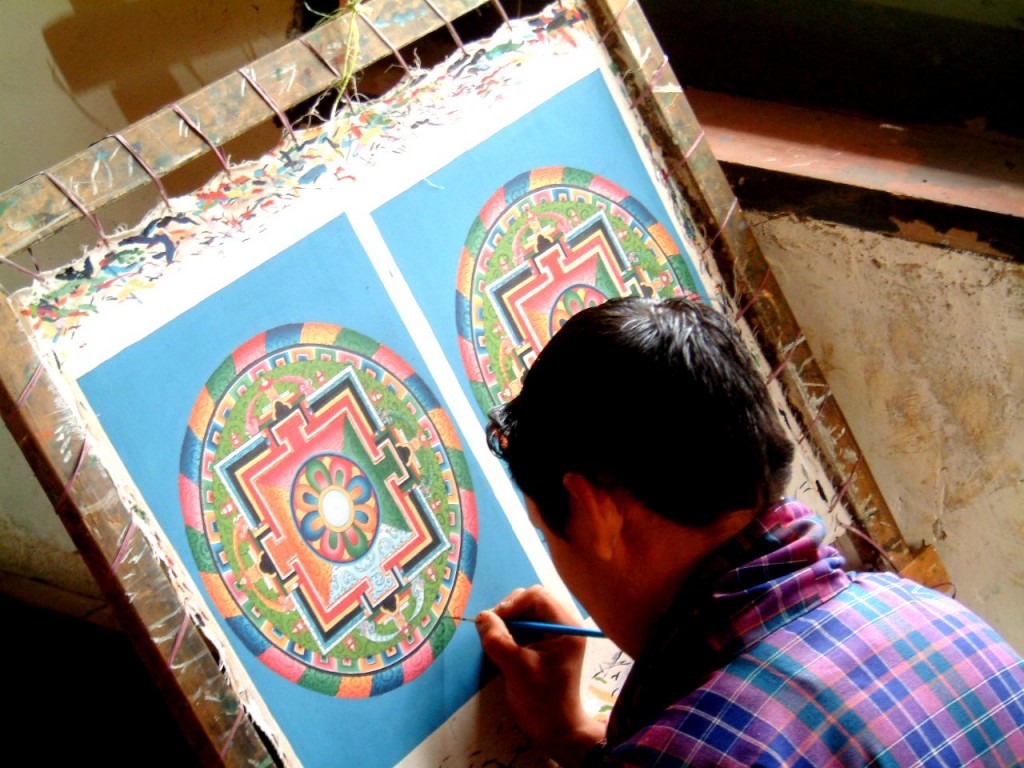 In the year 2002, the Himalayan Youth Foundation (with which Mountaineers for Himalayas Foundation was already cooperating on the Kailash Home project in Kathmandu, Nepal) provided the required funds for the construction of a bathroom for students. In 2003, thanks to a generous donation, HYF was able to assure the construction of a dormitory of 120 beds, which was completed in May 2005. In order to facilitate the access of girls to this school, in December 2007 CTAS received a private donation of $95,000 for the construction of a girls dormitory and a multi-purpose space that would act as a kitchen and dining hall (for which the works began in January 2008). In 2008, MHF became part of the project with a commitment to sponsor 2 students for 6 years and with the purchase of a 4×4 vehicle.

At the present time, 98 boys and 46 girls are enrolled at the school, which offers an educational programme of 6 years, during which the students learn to paint, to engrave wood, to sculpt, to weave and to embroider. Moreover, the students learn English, mathematics and Dzongka (a traditional Bhutanese language). The school defrays the fees for enrolment, the dining hall and lodging during the 6 years of schooling. On a visit to Bhutan in 2008, Mario Fontana had the chance to visit CTAS and decided to become involved in its operation, making an initial investment.  This relationship with the school continued to develop and in May 2010, coinciding with the celebration of the institution’s 10th anniversary, the Fontana Foundation of Switzerland took over from HYF, undertaking full financial responsibility for CTAS.